The adoption of 'smart' tools is on the rise. Whether the driver is more flexible manufacturing, improving efficiency or boosting productivity, digitalization of the workplace is becoming the norm.  Smart factories rely on quality data, so an effective communications network is key to delivering fully digitalized and flexible production.

The transition to a wireless production environment represents a significant investment, so it is important to make sure that the new network is not only fit for purpose in the short term, but will also accommodate the longer term needs of the business. This may sound straightforward enough, but in practice it can be difficult to achieve.

Unlike production equipment where maintenance can be planned, a wireless network can be working one minute and down the next – without warning and without any indication of how to fix it. Sometimes a network failure is made worse because it is unclear who should take responsibility for restoring the network. Is it the job of the Operations Manager or IT Manager to respond to such issues? 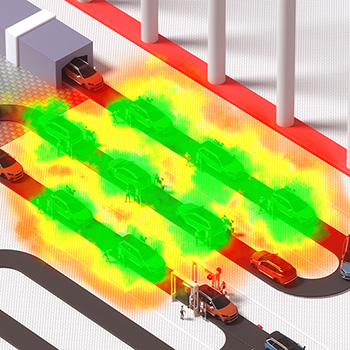 Wireless communication is a relatively new technology, so Operations Managers and Quality Teams - while highly experienced in mechanical means of production - do not always have the relevant skills to design and implement a wireless-based production network. As a result, the responsibility commonly devolves to the IT team who may understand the basic principles of wireless communication, but generally lack the specific knowledge required to apply it successfully in a manufacturing context. The same is true of external Wi-Fi suppliers: they understand how to assess a network, perform a WiFi survey and build a heat map, but lack the vital industrial expertise.

This can lead to real problems. If the chosen wireless technology is not fit for purpose, it will be inherently unreliable. So, instead of improving production, going wireless can lead to more issues than it was supposed to fix. Snagging issues can lead to delays - all of which adds cost.

Errors can also arise during implementation. In one instance, a manufacturer introduced wireless tools on a station-by-station basis, but did not consider them as part of an entire network. This resulted in system failures that took some time to resolve. In another example, the wireless network was fit for purpose but several devices were installed using identical default channel selection settings: again leading to significant disruption.

How to overcome the big, bad Wi-Fi

What becomes clear is that the technology is not really the issue: it is the human factor that leads to difficulties, whether through lack of competence or confidence. By taking some sensible precautions, these common pitfalls can be avoided. 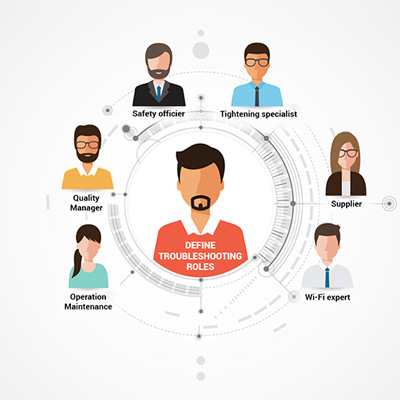 In summary, wireless technology is a specialist area and it requires a unique combination of knowledge and skills to implement it effectively in a production environment. Manufacturing companies often don’t have the time or all of the expertise in house, so it is often vital to find an expert supplier who understands the technical aspects, but also appreciates the practical drivers of the modern manufacturing environment.